It was a sleepy Saturday afternoon in the summer of 2003. I had just consumed a large lunch with lots of pasta and finished it off with a sugar filled desert. Walking back into the auditorium, I hoped to nod off for a much needed nap. I was imagining the speaker would be dull and boring and figured that I would not be conspicuous among the 150 people in the audience. Heck, most of them would be asleep too.

I picked an unassuming seat in the middle aisle that had an empty chair next to it. Perfect, I thought. I could put my arm around the back of the empty chair and lay my head over to one side. The padded shoulders of my suit jacket would make a perfect pillow. I arranged my workbook on the seat next to me so no one would take it. I was ready. Now all I needed to do was wait for boredom. I knew it would come quickly. The speaker was an unknown from out of town. His presentation was entitled, The Game.

My game, I knew, was to get some sleep.

The clock clicked over to 1 P.M.

A rather unassuming black man walked in from the back of the room. His head was shaved and he appeared to be in his mid thirties. He was well dressed and I figured he would be our speaker. He wore a dark suit, but it was the yellow power tie that caught my eye. He walked up the side of the auditorium, the audience chatting softly away. My eye followed him upfront. It wouldn’t be long now. My eyes closed for a second, the carb overload taking momentary control of my consciousness.

When I opened them again, the man was walking slowly to the middle of the stage, microphone in his hand.. He stopped and turned away from the audience. The microphone slowly lifted. He turned slowly and looked straight at us.

WHAT TIME IS IT?

The whole auditorium reverberated, and the audience went silent.

Then, for some strange reason, his eyes zeroed in on me. He jumped off the short platform and walked up the center aisle of the hotel ballroom. Stopping a few feet in front of me, he glanced down at my name tag. Noting my name he said again in a commanding voice…

John, WHAT TIME IS IT?

The whole audience was looking at me. My cover was blown.

I didn’t know what to say.

I stuttered, I stammered.

I finally let out in a soft voice… It’s time for a change. 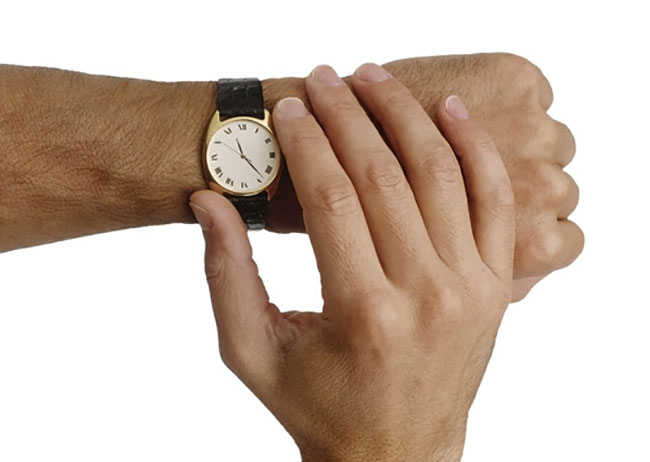 Little did I know, that those four words, What Time Is It, would change my life.

The nap that almost was, changed into a plan of action, in the blink of an eye.

I was wide awake now, my attention was focused, and for the next 90 minutes, I learned all about time.

I learned that I couldn’t do anything about yesterday, and tomorrow was just a dream

I learned that by setting a 90 day goal, my life could change. Amazing things could happen.

But only if I took action….

No excuses. No fear. No procrastination.

I just needed to make a decision to change my life.

And I needed to do it right that second.

In the blink of an eye, something clicked inside.

I was tired of living in the past or somewhere way off in the future.

I made a decision, right then, that truly changed my life.

I decided to live for today.

Walking out of that Toastmasters Conference, I had written down three goals.

At the end of 90 days, I lost 26 pounds, became an Area Governor for Toastmasters, and was on the way for a job promotion at work.

All because of four little words, spoken by a truly gifted speaker, Sarano Kelley.

Four words that would go on to change my life for many years to come.

Four words that interrupted my nap, that I am oh so glad I didn’t take.

Four words that can change your life too…

I ask you right now…

What Time Is It?