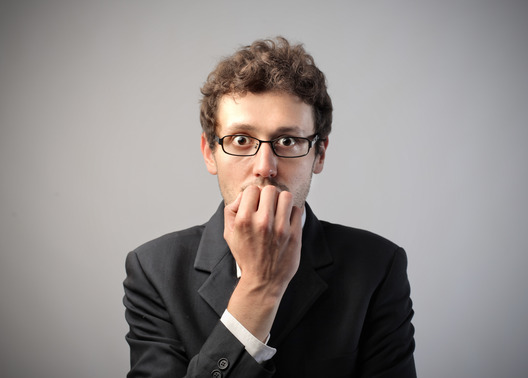 It was my first speech at the professional organization I had just joined. Held on the 10th floor of a high rise building in San Diego, I was fearful of the business oriented crowd that I faced. The Master of Ceremonies introduced me, and then called me up to the front of the room and shook my hand. I turned and faced the audience. I was on.

The eyes in the room all followed me as I started to introduce myself. I told them my name and what I did for a living. Then I started in with some personal stories. I hadn’t been in front of a crowd like this before since High School. I was truly fearful that something bad might happen.

As I continued, I could see different reactions from the crowd. Some people smiled, others had a more intense look. Yet the reactions were friendly. I didn’t see any tomatoes or other vegetables about to be thrown my way. I moved on to the second part of my presentation and I noticed that the entire second row seemed to be really interested in what I had to say.

Then it happened. From the back of the room a green light suddenly came on. I knew from the rules that I had reached the minimum time for my speech. I now had two minutes to wrap things up. I continued on to my third point and soon the green light turned to yellow, urging me to finish. I wrapped up the story I was telling, gave a simple conclusion and then stopped. The audience started to applaud. The Master of Ceremonies shook my hand and I sat down.

My ice breaker speech was over. For six long minutes I held the attention of the audience. More importantly…

I didn’t make a fool of myself.

I survived to speak another day.

It scared the fear out of me.

For weeks leading up to the presentation I was fearful of the outcome. I just knew something bad would happen. As I wrote the speech out and practiced it at home, I could feel real apprehension. My mind kept making up excuses. I almost called in sick.

But there was something about the organization that kept me going…

Maybe it was a call from one of the members giving me tips on my speech preparation.

Maybe it was the helpful speaking guide, that kept telling me to keep it simple.

Maybe it was the greeter that welcomed me to the meeting.

Whatever it was, I made it through.

I survived my first speech.

I lived to tell about it.

The great thing about Toastmasters was the fact that each additional speech gave me more confidence. Soon, I actually looked forward to speaking. But it all came down to that first speech, and the encouragement from a noon time club, that helped me look inside and say to myself… you won’t die.

That was a day I’ll never forget.

It was a day that I came alive.