I’ll be real honest with you… I struggle with horizontal surfaces. In my house they are magnets for junk mail, bills, receipts, bags, boxes, dirty dishes, and the ever present loose change. Among all these loose items is an expanding layer of dust that comes from Mars or somewhere. It just shows up, uninvited. 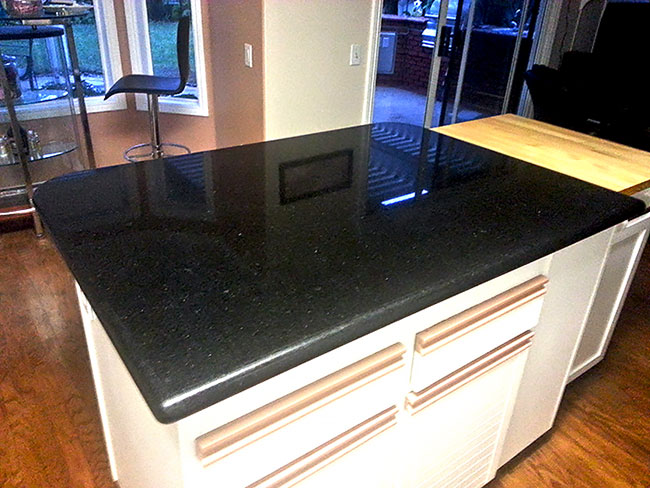 Over time, the clutter innocently piles up and the dust collects. That gleaming clean island in my kitchen slowly takes on a life of its own. It’s like a micro clan of perps have taken up residence. Day after day, these miniature castaways setup lodging, reorganize and add things, and make sure anything important gets lost… all without my intervention. I’ve actually never seen one of them, but I know they are there. I imagine that one of them is probably named Gilligan, another might be the Skipper.

Once these perps have taken hold, it’s really hard to get control. You move something around, it magically comes back to the exact same spot that is was before. You throw something away, and it reappears days later. Meanwhile, the U.S. Postal service is feeding this island of misfits with a daily surge of fresh junk mail. The island residents make these into shelters, and high rises. Soon there are pathways between items, as the perps form a semi organized city. As the weeks go on, this city suddenly expands with new growth, as suburbs spring up in different directions. Soon the whole island is covered with urban junk mail sprawl.

I’d love to say I have this under control, but this micro Gilligan is ruthless. If I just move things around or take a piecemeal approach, my efforts are fruitless. Gilligan and his merry band of clutter marauders will just setup a redevelopment project and move the sprawl around. I’ve tried different tacts, but this micro menace always wins out. He obviously has reinforcements. At times, I have put my ear close to the surface, and I can hear them laughing at me.

Looking at my calendar the other day, I realized it was Holiday Party Time, and we were hosting. Horror and grief overcame me. These little bastards were ruining my life. I needed a plan and a way to overcome this horde of invaders. I needed to retake the island.

At first I tried a few mini salvos; I picked up a few items and threw them away. But within a few hours the island was back to normal. As the mailman drove away and the bags from the most recent grocery shopping trip were folded away, new items had taken the place of the old ones. It was now worse than ever!

I needed a nuclear option. I had to wipe out the whole Island at once.

Unfortunately, my wife has a soft heart and the thought of nuking the island was more than she could take. I’d mention it too her, but she just couldn’t bring herself to wipe out the shelters that these miniature inhabitants had so diligently built. I needed to get her out of the house and far away. 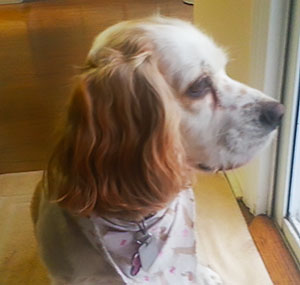 I set up a plan to have her go shopping, but after she left, I was hounded by my Cocker Spaniel, who seemed to be in cahoots with the island residents. Looking at the island, there were a number of dog toys and treats in different parts of the place. Sure enough, collusion with the enemy. Lulu would have to go away too, if I was to have success.

The next day, I set a plan in motion. My wife would take the dog to the dog park for a couple of hours. She knew I was planning something, but after some reassurance and promises that nothing would be missing, she hesitantly put the dog in the car and drove away.

Now I was Free!

I needed a few things for my attack, which I quickly assembled.

The first was an empty trashcan. This would suffice for the initial incursion.

Next was an empty kitchen drawer. This would serve as a holding pen for prisoners and a collection area for enemy booty.

The next was the most important. I brought in the digital kitchen timer, set to 50 minutes. This would insure that my attack was sufficient enough to be successful.

I lined up the trashcan, opened the kitchen drawer, set the timer, and then did two more things…

I turned off all distractions… cell phone, iPad, and computer…

And then one last item… I clicked on a Mark Ronson/Bruno Mars video, entitled Uptown Funk…

As the loud notes hit my ears, the timer was started, the battle begun.

I flew over the island once, taking out large targets with a quick throw to the trash can. Bam, blop, banished. Then I came in with a reconnaissance team, picking up necessary and important enemy items and stored them out of site in the kitchen drawer. This was followed by smaller targets to the trash. Soon I could see the island again. Within minutes the island was cleared and I set off a cleaning bomb, covering the entire surface of the island with agent orange oil.

Now that I had success with the main island, I headed for the mainland. I took on the granite fields around the stove and moved over to sink lake. Prisoners from this area were stowed in the dishwasher for later washing. Soon cleaning bombs were going off, and the shine from the immaculate granite was hurting my eyes.

I turned away from this area, took a 10 minute break and then headed out to do the same with other horizontal surfaces throughout the house… kitchen table, coffee table, end tables and china cabinet. With a replay of Bruno Mars singing, the battle this time was easier. Dirt and grime were destroyed, while the lemon scent of Pledge wafted through the air. With a final vacuuming run, the whole house was clean and presentable.

When my wife came home a few minutes later, she couldn’t believe her eyes. The house and especially the island had been transformed. She hugged me and smiled as only she can. I knew I had done good. I had won the war.

Unfortunately… my wife and her big heart couldn’t leave well enough alone. She opened the prison camp drawer and pulled out an envelope and put it on the Island. I was sure that Gilligan himself was inside. In a moment of incredible fortitude, I did what I had to do. I swooped in, picked up the envelope, dropped it back in the drawer. I looked my wife in the eye and said, “I love you, but we aren’t going to give them a start again.” With that, I shut up, took her by the hand, and offered to take her to a restaurant for dinner.

She smiled and kissed me, “Thanks for cleaning the house,” she said softly. “Prime rib sounds wonderful…”

I had struggled with cleaning the house, but the nuclear option had cleared the island. Problem solved, battle won!